Even as states first began implementing the Common Core standards, educators knew that it would take several years to fully understand the new guidelines and be able to shift instruction in the new direction. It’s no major feat bringing together parents, teachers, district leaders, policymakers, and communities to work together to make the Common Core a success. At this point, has this initiative been a success? And what could this mean for educators in 2017? This week, we examine the current state of the Common Core State Standards and the challenges for teachers in K-12.

Teachers Still Face Challenges with the Common Core
A survey from Education Week’s Research Center has found that more teachers are familiar with the standards and feel confident their classroom resources are well-aligned to them. A massive improvement to 2012, when nine percent of teachers were this confident. However, only 39 percent of teachers feel very prepared to teach to the standards. The vast majority aren’t quite as ready to teach Common Core, especially with English learners and students with disabilities. Many teachers have been turning to outside resources, feeling that their textbooks and other materials were insufficient.

Mixed Results for Schools Across the Country
It’s taken a handful of years to get the Common Core up and running. After being finalized in 2010, the subsequent years were busy planning, assessing, and implementing the standards in 45 participating states. Still, Common Core has continued to be a controversial topic in education communities. To keep up with the demands of the Common Core curriculum standards, teachers have had to make major shifts in their lesson plans and teaching strategies. But is all this effort working?

Kentucky, one of the first states to implement the Common Core, found that after four years they still have flat and declining test results and students who are unprepared for college. In Texas, they found that their math scores had dropped to the lowest level in the U.S. Some recent findings from the Center for Education Policy Research at Harvard that show significant improvements from implementing Common Core in 151 elementary and middle schools in Delaware, Maryland, Massachusetts, Nevada, and New Mexico. They found that higher percentages of teachers who were knowledgeable about Common Core led to higher math scores. Also, students were reading more nonfiction and writing more assignments when expected to use evidence to support their arguments.

Future Challenges for Educators
Now with the passage of the Every Student Succeeds Act, states won’t be required to implement the Common Core standards. Though all states will now have the freedom to set their own standards, there are still many that will be sticking with the Common Core. And for their public schools, it will mean addressing the challenges and initial lessons learned about Common Core in recent years.

One big problem is that teachers have had to fill the gaps, when their curriculum materials weren’t enough to align with the Common Core, often turning to repositories of resources vetted by experts. Many have reported that they themselves were taking on the additional work responsibility of determining whether materials were aligned, and either selecting or creating their own materials on their own. It’s merely an example of how teachers are both designing and creating their curriculum, putting more pressure on teachers to make up for the shortcomings of the Common Core.

Another reason why educators have disagreed about the Common Core is not about the standards but their heavy reliance on test results as a way to measure progress. As a result, there are various state consortiums trying to create different kinds of assessments, moving beyond traditional multiple choice tests to measure complex skills and learning retention. But there are many obstacles in expanding the discussion on effective assessments – for district leadership and policymakers to make it a priority and for schools to have the technology and staff resources to support this shift beyond standard testing. 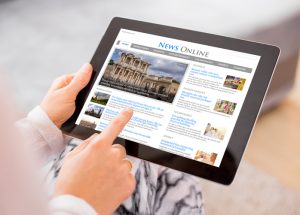