The Obama administration confirmed what many have been saying for years: U.S. public school students are taking too many standardized tests. This came after a two-year movement to revolt against standardized tests around the country, which is still growing among students, parents, teachers, principals, superintendents, and others. Starting in February 2015, more than a dozen states reported stories of test refusals. There were a number of bills being introduced in 11 states that afforded parents the right to opt their children out of standardized tests.

Is there still an argument to be made in favor of standardized testing? They’ve been a part of the American education system since the mid-1800s and became the driving force behind the curriculum when the 2002 No Child Left Behind Act (NCLB) mandated annual testing in all 50 states. Advocates for testing say having a national standard for measuring learning outcomes was a necessary step, believing that the tests were fair, objective, and non-discriminatory. Some research pointed to its effectiveness, for instance, a 2010 study by McKinsey & Company that revealed 20 school systems using annual testing had achieved significant gains on national assessments.

There’s a significant number of challenges created by years of standardized testing, which will be up to schools and district leaders to tackle in the next couple of years, as they’re implementing their own education goals and accountability system within their states.

Replacing Good Teaching Practices
One problematic result from NCLB is the shift in classroom teaching, where it became a priority for educators to teach to the test, even as it meant replacing previous teaching practices that had been working. A five-year study by the University of Maryland voiced the rising concern of educators that NCLB was leading to “declines in teaching higher-order thinking, in the amount of time spent on complex assignments, and in the actual amount of high cognitive content in the curriculum.”

Fatigue and Punishment for Teachers
Many teachers disagree with teaching to the test, and have become fearful of their jobs being measured by their students’ test scores. The “Race to the Top” was one initiative that pressured states to evaluate their teachers in this way, even though the tests were never designed to do so. The integration of standardized tests in the education process is a heavy burden that is leading to a shortage of good teachers. It has become one of the reasons why teachers report becoming disillusioned and leaving the profession. The test-and-punish approach also diverted schools’ attention away from other factors, such as poverty and socioeconomic status.

A One-Size-Fits-All Curriculum
Every student learns in a different way, from how they connect with learning material, the pace of mastering a lesson, and how they reach their academic potential. Standardized tests create a significant obstacle, forcing students to adapt to a generalized education model. It ignores a student’s unique skills, diversity, and strengths, and leads to more students falling into the cracks.

An Inaccurate Measure of Learning
According to late education researcher Gerald W. Bracey, PhD, there are several critical qualities that standardized tests cannot measure – creativity, critical thinking, self-awareness, leadership, and resourcefulness being among them. Many educators who oppose standardized testing have found there are students who have achieved mastery of the same material but achieve poor test scores. The stress and anxiety of taking the tests are often found to be debilitating for students. As states gain the flexibility of designing their own methods of measuring performance, it’s beginning to open up a wider discussion in redefining what “student success” actually means. 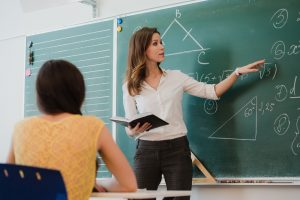