Happy National Open Education Week! All week long, hundreds of contributors and participants from at least 50 different countries are hosting events and sharing ways to embrace open educational resources (OER) – a movement that has been enriching teaching and learning on a global scale. This annual awareness campaign first began in 2012 and has gained the attention of K-12 and postsecondary educators, students and lifelong learners, advocacy and nonprofit groups, and education service providers. To celebrate Open Education Week, we’ll be dedicating the next two posts to OER, including examples of how it’s adding value to schools and the challenges that have been driving its adoption in recent years.

In the meantime, check out more of this week’s top stories on digital learning, Common Core testing, special education, and ed tech below.

Campaign Spotlights Global Open Education Movement
Higher-ed institutions and several others are participating in National Open Education Week. During the week, organizers like the Open Education Consortium will be showcasing new projects and resources encouraging the adoption of an open education model. On college and university campuses including the University of Texas Arlington and Penn State, they’ll be hosting community events and workshops for faculty and students who rely on open educational resources for learning and research. Read more

School Districts Prepare for Boycotts of Common Core Tests
In Long Island, many educators and parents expect this to be the fifth year in a row where Common Core tests are boycotted in grades three through eight, even as eight of their school districts have introduced digitalized versions of the exams to address concerns. Officials in some districts put estimates of opt-outs at 40 to 70 percent of their eligible students. Read more

How Digital Learning Led a Rural School to Explore AP Offerings
According to a recent K-12 Digital Learning Report, nearly all public school districts use some form of online supplemental courses, which earned an estimated total of 4.5 million online enrollments. Find out how Holly Area Schools in the Midwest used online learning to creatively expand their AP offerings. Read more

Supreme Court Rules on Special Education Case
Advocates celebrated the Supreme Court’s unanimous ruling on a case that could impact as many as 6.5 million special education students. The law guarantees “Free Appropriate Public Education” for all students with disabilities, and Chief Justice John Roberts held that schools needed to meet more than the minimum requirement. Read more

Building Education Technology for the Developing World
As ed tech moves into developing countries, it presents new challenges when attempting to reach students in areas with the lowest-economic status. Beyond thinking about their lack of devices or Internet access – many of their schools lack the basic school supplies and electricity. Find out how ed-tech companies are working toward solutions in the developing world. Read more 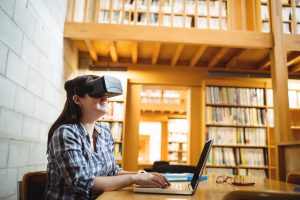 SXSWedu Conference Highlights: Virtual Reality, Equity, and Next-Gen Educators
Today, we continue ahead on the theme of innovation in...
Shares