2016 was a busy year, as the Every Student Succeeds Act (ESSA) first got off the ground. Contrary to its predecessor, the No Child Left Behind Act (NCLB) from the Bush era, ESSA was an unprecedented step forward in reforming public education, handing over control over education standards to the states. The new law focuses on the need for major school improvements, but without the “test-and-punish” model of prior years – where schools with low test scores received less federal funding and consequently got stuck in this cycle of not having enough resources, but still having a lot of work to do.

A Whole New Era in School Accountability
States gain the ability to lean on local strategies and resources, to forgo standardized testing in favor of a broadened view of what “student success” means. They can rethink old models, pursue innovative ideas, and take advantage of data to work for their students – whatever it takes to improve their outcomes. At the same time, this also means shifting a substantial workload onto state educational leaders and public schools. This year, they will face the next big challenge: how to take the best intentions and strategic plans of ESSA and implement them on the ground level. Below, we explore the initial challenges and potential opportunities that lay ahead in 2017.

The Pressure Is On for States
According to a new report from the Center for American Progress, most states have already surpassed the requirements of No Child Left Behind, but they all have a ways to go to comply with ESSA. Though standardized tests account for 91 percent of state school systems, many states have started examining anywhere from four to 26 different indicators for success.

The deadline is coming up for states to submit their plans to the U.S. Department of Education, starting in April. Under the finalized rules put in place last fall, the plans must identify “a more holistic view of student success,” which may sound like a simple task, but is quite a complicated undertaking. States have been busy for a while, figuring out how to take the ESSA blueprint and craft their own strategies. State leaders spent all of 2016 crafting their plans cautiously by assembling topical committees to conduct research and collaborate, conducting public feedback sessions, and going on the road for listening tours.

To meet the ESSA deadline, states will be setting their own ambitious goals and tracking, with a specific requirement to establish a robust, multi-indicator accountability system that measures four vital categories of achievement for their state (includes public charters). Some of the states including Minnesota, whose plans are currently being finalized, face the challenge of redefining “teacher quality” to uphold rigorous teaching standards and improve future hiring. Also, state education committees struggle to find the best approach and ways to share the workload of strategically implementing ESSA.

New Opportunities to Improve Student Achievement
There are some major opportunities for schools and districts, which weren’t possible under the restrictions of No Child Left Behind. ESSA includes a reporting requirement for states that considers all students, particularly those who have been underserved in the past. As state school systems are broadening their goals and tools to improve outcomes, they will have to rely on data analytics. Gathering reliable analytics about students – who they are, how they learn, and what is helping them succeed – will help schools make smarter decisions. Additionally, this data-informed approach can help improve schools’ future efforts in reaching historically overlooked students such as homeless youth and English Language Learners.

There’s also another significant group that has been left behind under NCLB, the high-achieving poor and minority students in urban areas who were dependent on their schools to cultivate their potential. Though some educators believe NCLB helped some struggling students during its run, there are many documented state schools only focused on the percentage who reach the proficiency mark. This old way of measuring student success, however, typically ignores any progress or extra achievement for high achievers and ends up creating a barrier to their full potential within the system.
———

COMMENTS WELCOME: What are your biggest concerns about implementing ESSA this year?

We invite you to submit your questions, thoughts, and insights about ESSA for American public schools, as we continue to bring you the best news, research, and content on education. Your feedback will help us improve our future blog topics, so please let us know what’s important to you! 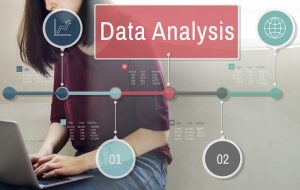 National Scorecard Ranks 50 States on Education Performance
For more than a decade, American public education has been...
Shares