Are public school seniors ready for college? According to the past decade of research, most of them aren’t there yet. In 2014, the college admissions test was overhauled by the College Board, in an effort to respond to the harsh criticisms of the SAT. Only, the average scores of the Class of 2015 showed a massive decline, marking the lowest composite score in 10 years of SAT testing. And last spring, the most alarming data came to light from the National Assessment of Educational Progress (NAEP), which is conducted by the U.S. Department of Education, and holds up as one of the top research sources trusted even by the critics of standardized tests. In their 2016 findings, the NAEP revealed less than 40 percent of students met the criteria for college readiness – leaving a big to-do for the district education leaders.

Let’s take a look at some of the ways that testing, the Common Core State Standards, and other approaches are falling short on preparing students for higher education.

Who Defines College Readiness?
There really isn’t a cohesive definition for college readiness, which is part of the problem. There are some who define readiness as having the skill set to enter a college classroom without remediation. Others believe students need additional capabilities – social emotional development, time management, self-motivation – to successfully complete their freshman year. In recent years, remedial courses and support services have become just another cost of postsecondary education. According to the think tank Education Reform Now, one in four students has to enroll in remedial classes in their first year of college, costing nearly $1.5 billion. Many believe these are low-income students requiring remediation. However, the reality is nearly half of students come from middle- and upper-class families. Educators are realizing the extent of their students’ unpreparedness. While most of the attention is placed on getting high school students to graduate on time, educators are having to turn their focus to the “what” and “how” of equipping students for success past graduation day.

The Problem with ACT and SAT Exams
Standardized tests, including the ACT and SAT, frequently claim they’re predictive of college readiness. ACT reported that more than 60 percent of ACT test takers reached the college benchmark in 2016, but somehow the majority of students ended up in remedial courses. One significant problem with standardized tests, for instance, is that wealthier students tend to perform far better. In the College Board’s data from the past two years, SAT scores were highly correlated with family income. It could have a lot to do with wealthy families who have financial access to tutors and test prep, which make a definite difference in test scores. Researchers also have argued that there is a racial bias in the ACT and SAT. Recommended Reading: The Black-White Test Score Gap

Filling in the Gaps of the Common Core
Recently, the ACT published a survey that shows the Common Core State Standards and college readiness skills don’t match up. One major area of disconnection is writing. For example, middle and high school educators have been shifting to a focus on writing from sources since the integration of the Common Core in the classroom. In contrast, college instructors place greater value on a student’s skills with generating good ideas for writing. The ACT survey found that the vast majority of teachers felt their students lacked the appropriate math knowledge and skills, and as a response, they were teaching math topics beyond the Common Core to fill the gaps. There is, similarly, a great need for STEM programs and opportunities within K-12 as well.

Innovative Programs and Strategies
What does a student need to be prepared for higher education? In recent years, more educators are taking a holistic approach to college readiness. The Educational Policy Improvement Center (EPIC) is one of many learning advocate groups that emphasizes other key dimensions of readiness, such as cognitive strategies, transition knowledge and skills, study habits, self-management, and financial literacy. In some school districts, educators find it’s important to instill a college-going culture for grades 9 to 12, so that students have several opportunities to master these capabilities. Dual-enrollment programs and other partnerships with local college campuses are another way that school districts are preparing students for life after high school. In the Socorro Independent School District (TX), their partnership with El Paso Community College enables them to offer the most early college programs in the region.

Education agencies and researchers find that readiness should start earlier than secondary schools. For effective integration of college readiness, districts must work to make sure their assessments align with the inclusion of soft skills into the curriculum – communication, leadership, creativity, teamwork, problem solving, self-management, and social responsibility. 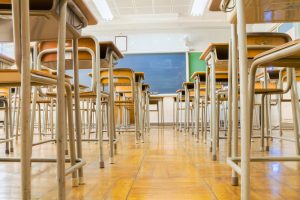 March ESSA Update: Rule Changes and Challenges for States
The month of March has brought around some major news...
Shares