Last week, Education Week dropped their longest-running annual report, which grades states on the quality of their education, and revealed a C grade for the nation and called out five of the lowest-performing states which include Oklahoma, New Mexico, and Mississippi. We’ll take a closer look at some of the national and state findings in tomorrow’s blog post, so stay tuned. Check out the report highlights and other top news stories in education this week below.

Few Women Run the Nation’s School Districts
In nearly 14,000 districts, men dominate the chief executive’s office, according to a recent national survey. These results are surprising, given the large pool of female talent across the K-12 community – where women make up 76 percent of teachers, 52 percent of principals, and 78 percent of central-office administrators. Why is that? Read more

Forbes “30 Under 30” Education Leaders to Learn From in 2017
44 exemplary young leaders in education have been selected for this year’s Forbes “30 Under 30” list. In the 2017 report, find out how this year’s group of change-makers and innovators is tackling some of the toughest issues, from coding to college admission to opportunity gaps. Read more

The Problem with New York’s Free Public College Plan
College access and affordability is a big issue in this country. So the concept of offering a free public college education is well intended. However, there are a few big problems in the details of New York’s no-tuition plan that will keep it from accomplishing its desired goal. Read more

South Africa Has One of the World’s Worst Education Systems
Children in South Africa are even behind those in poorer areas of the continent. Only a small 4 percent of them obtain a degree, while 27 percent are unable to read after attending school for six years. South Africa has improved its math and science scores since 2011, but still remains at one of the lowest global ranks. Read more 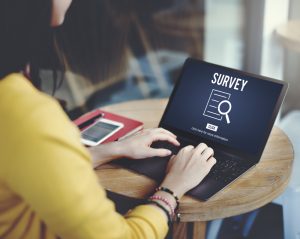 The 3 Big Changes That Students Want in Higher Education
As they look to the future, college leaders have to...
Shares