Last week, the White House released a new report on artificial intelligence and how it will transform our economy over the coming years and decades. Watch the story on Forbes, highlighting the findings and what it could mean for education, and check out other top headlines for K-12 and higher ed.

Automation and How Investing in Education May Keep the American Dream Alive
In October, the White House released a paper on preparing for the future of artificial intelligence. Released last week, their newest report dives deeper into the impact that AI will have on the American economy. Read more

Why So Many Teachers Need a Second Job to Make Ends Meet
According to a study released this year, the weekly wages of public school teachers were 17 percent lower than comparable college-educated professionals. Get a look at the growing wage problem for teachers across the country. Read more

4 Biggest K-12 Education Tech Trends of 2016
In 2016, teachers were on the front lines of major technology innovation in the classroom, with teachers reporting an increased comfort level with using new technology. Check out the four biggest education technology issues that took center stage this year and are sure to be talked about in 2017. Read more

IT Is Behind Flattening of Higher Education’s Wage Premium
The growth in the wage gap between degree holders and those without a college credential as slowed for decades, with almost no gain since 2010. A new study from the National Bureau of Economic Research examines two theories to explain why. Read more

U.S. Education Dept. Tights Terms for Apollo Education Privatization
The federal crackdown on student loans and grants at for-profit colleges will be the final hurdle before The Apollo Education Group, which operates the University of Phoenix, can privatize. The terms include a requirement that schools post larger letters of credit, an issue that has forced chains like Corinthian Colleges and ITT Technical Institute to close. Read more 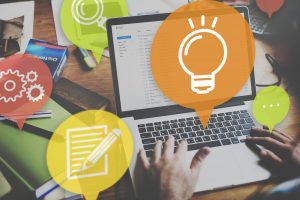 Driving Down Costs, Driving Up Quality in Higher Ed
What are colleges doing to cut costs, amid budget constraints...
Shares