In a recent TED Talk entitled “I’m Seventeen”, Kate Simonds challenges adults to try something new: To listen to teens. Instantly quashing our assumptions that she has achieved something incredible, done something “worthy of our attention”, to claim the stage at the tender age of seventeen, Kate goes on to question, “What makes me worth listening to?” Describing her efforts to ‘gain’ the respect of her audience, she explains how, unlike the other speakers on that stage, their respect was not something she initially had. Why?

Why is Student Voice Ignored?

Student voice has long been ignored and belittled by adults who claim to know better. Listening only to those few who manage to loosen our grip and believe in their own ideas enough to strive for success, we have made a grave mistake. Referencing our education system, Kate aptly portrays our illogical means of preparing students for college and careers within an oppressive structure that affords them little or no control over their own learning: “We have no say over what we learn or how we learn it, yet we’re expected to absorb it all, take it all in, and be able to run the world some day. We’re expected to raise our hands to use the restroom, then three months later be ready to go to college or have a full-time job, support ourselves, and live on our own. It’s illogical.” Highlighting a poignant reality, Kate explains, “students have lost sight of their education’s value and have therefore stopped learning” because they’re told: “You don’t deserve to have the control over what you learn.”

An Idea Worth Spreading

Kate’s eye-opening speech points out the shameful error of our ways that has led to students questioning “the validity of their own thoughts because they don’t come from adult minds”, encouraging them to “conform to standards and lose their creativity.” But this courageous attempt to speak out was not made simply in an effort to point the finger and lay blame. Rather, Kate lucidly puts forward her idea worth spreading: “A world of creative collaboration between adults and students.” A simple idea at first glance, the notion unfurls its complex nature at the prospect of a world where “adults listen and respect student ideas, and a world where students respect and listen to their own ideas.” Is it possible to imagine such a reality within an education system rooted in outdated ideals of conformity and discipline?

The answer to this question is yes. In fact, despite the doubts of many, our education system is undergoing revolutionary changes, embracing transformative technology focused on elevating student voice, choice and control. As movements that focus on passion projects like genius hour take flight, and trends like flipped, blended and mobile learning continue to spread, student voice, choice and control is more visible and widespread than ever before. Next generation learning platform, Fishtree, is taking what is already being done to incredible new heights by creating a learning environment that’s tailored to every student, personalizing the learning experience to allow self-paced, self-directed learning to become commonplace. Promoting a more student-centered education in which students are encouraged to think for themselves and believe in their own ideas, could Kate’s idea already be taking shape? I certainly hope so.

Like what you’ve read? Discover the possibilities of personalized learning with the next generation learning platform, driving voice, choice, and control.

Lorna Keane specializes in language teaching and has taught in second and third-level institutions in several countries. She holds a B.A in languages and cultural studies and an M.A in French literature, theory and visual culture. Follow her on Twitter or connect on LinkedIn. 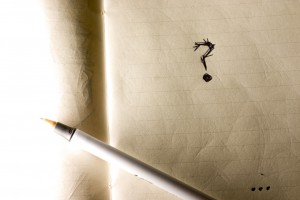 Why is the Student-Teacher Relationship So Important?
For a long time now, we’ve been looking at how...
Shares