This week, the attention on education has been on the House and Senate, which have been making sweeping changes to the Every Student Succeeds Act (ESSA). Last month, the U.S. House of Representatives overturned multiple ESSA rules under the Congressional Review Act, allowing lawmakers to spike federal regulations. The Senate passed a similar resolution this past Thursday, which President Trump has indicated he will sign. While this still keeps ESSA in place, the changes would grant more power to Betsy DeVos in how it will be applied. Read the New York Times feature about the latest updates on ESSA and the rest of this week’s top stories below.

Obama Education Rules Are Swept Aside by Congress
Since February, the movement on education issues in Washington has left a myriad of questions for state educators. The New York Times highlights the most significant ESSA rule changes taking place and what it could mean for the public school system. Read more

Federal Budget Knife Could Slash into K-12 Programs
While the Trump Administration is planning to boost defense spending by reducing domestic spending, the budget would significantly impact federal funding for K-12, particularly for low-income and special needs students. Read more

Report: iPad, Mac Use Growing in K-12
According to a new tech trends survey, 90 percent of K-12 schools around the world uses Apple’s iPad to enhance learning, while 70 percent use Mac devices. Most IT professionals who participated chose the iPad and Mac over other devices primarily for better security, ease of implementation, and frequent support for classrooms. Read more

Don’t Confuse Educational Technology That Helps Kids Learn – and Doesn’t
Good education technology can enhance learning, if implemented at the appropriate time. A Silicon Valley teacher offers her insight on technology’s growing role in the classroom, including three important tips on what to look for in technology solutions to support math learning. Read more

Rethinking Return on Education Investment
With more students facing insurmountable loan debt and looking at education as an investment, there’s a transformation taking place in the higher education world, where tech startups are integrating financial tech and education tech. There are four mega trends driving this shift. Read more 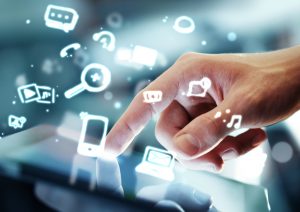