After months of speculation, educators and activists are starting to get a clearer picture of what and how the Trump administration will do about education this year. As anticipated in previous months, they are putting their faith in moving to school vouchers. In President Trump’s first school visit since he took office, he talked about his plan to promote vouchers, which critics fear may take funding away from the public school system. Also in this week’s feature in Education Week, education experts examine some of the potential problems that the national budget plan may present in K-12. Read more from this week’s top stories below.

What Could Trump’s Broad Budget Plans Mean for Education?
President Trump will be seeking a $54-billion increase for defense spending and corresponding cuts in other discretionary funding. While it’s not certain yet how it will impact the U.S. Department of Education budget, the latest reports on the national budget have many educators worried. Read more

Trump Touts Education Plan in Orlando
Last Friday, President Trump visited a St. Andrew Catholic School in Orlando as part of his plan to promote school vouchers. Trump is expected to use the school’s perceived success as an example in his education proposal that allows low-income students to choose the school they want. Read more

What Trump’s Speech Reveals About His Approach to K-12 Education
President Trump said very little about K-12 education throughout his campaign and in the first month of office, education analysts eagerly tuned into his speech to the joint session of Congress last week. Find out what they learned about his education priorities from what he said. Read more

As State Budget Revenues Fall Short, Higher Education Faces a Squeeze
More than 24 states have reported that this year’s revenues have come in weaker than expected, according to the National Association of State Budget Officers. This has resulted in cuts to higher education spending in Iowa, Missouri, New Mexico, Louisiana and others. Read more

Ed Tech Might Predict Failure Before They Have a Chance to Succeed
Predictive software promises to help students before they fail, but students worry that the data could work against them. During EduCon 2.9, an annual conference at the Philadelphia Science Leadership Academy, students voiced their concerns about how the data would be collected and used, especially since it would not be able to offer any contextual information about their lives. Read more 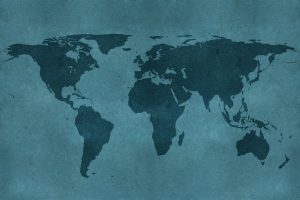 5 Things You Can Do to Support English Language Learners
A limited proficiency in English still remains a major barrier...
Shares