There’s so many new education technology apps and tools being released, it can be overwhelming for teachers. The U.S. Department of Education has just released a free online tool that will help teachers save time in choosing the best technology solutions out there. The RCE Coach Tool is designed to evaluate new technologies by whether they can achieve a school’s desired goal. Read more about the Education Dept.’s new tool and other top headlines in K-12 and higher education this week.

Department of Education Creates New Evaluation Tool for K-12
In partnership with the research group Mathematica, the Education Dept. announced a new tool called the Rapid Cycle Evaluation (RCE) Coach, which will offer up evidence on education technologies, helping schools determine if a new tool lives up to expectations. Read more

Too Many Teachers Get Zero Benefits from Retirement Plans
The state of teachers’ pay and benefits are worsening. 72 percent of teachers are estimated to leave their profession before spending 20 years on the job – and will never see the benefits of contributing to their retirement plan with the district, according to a report by the think tank Thomas B. Fordham Institute. The report compares retirement programs for teachers in different states, suggesting that states start offering 401k-type plans as an extra option for teachers. Read more

Survey Finds Increasing Salaries and High Optimism within the K-12 IT Field
In the past, the education workforce has had a tough time recruiting IT talent, because other industries offer more competitive pay, but a new survey from THE Journal revealed a major shift. IT professionals in K-12 schools and districts reported salary growth and a positive job outlook this year, with salaries for IT being $2,000 higher than the previous year, or $65,742. Read more

More Than 1 Million Emails Sent to Senators Urging a Vote Against DeVos
In just the past few weeks, the National Education Association, the largest labor union in the country, reported a surge in communications from constituents to their senators urging opposition to Betsy DeVos for education secretary. This includes more than 1 million emails submitted and 40,000 phone calls through the hotline, which NEA set up to reach the U.S. Capitol switchboard. Read more

Student Success Depends on the Effectiveness of Their Instructors
A new report from the American Council on Education argues that the most effective tactics for ensuring student success aren’t being utilized in higher education. They discuss five major practices that are needed to improve college instruction, including transparency, pedagogical approaches, assessment, self-regulation, and alignment. Read more

A Provost Explains What She’s Learned About Departmental and Campus Culture
In an article from Inside Higher Ed, a provost talks about her lessons learned when she made the transition from professor to administrator at Menlo College, especially in the experiences of seeing and understanding the interrelationship of leadership and culture, from a small private college. Read more 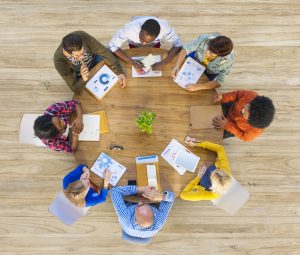 4 Important Things Educators Can Learn from Other Industries
Many of the struggles for school leaders are nothing new...
Shares