Over the past couple of weeks, we’ve talked about the next phase of the ESSA transition. Today, we examine the perspective from the classroom, as many teachers have been voicing their concerns on how the ESSA transition in the next year might change their ability to support students. Last week, Education Week released the results of a new survey on ESSA readiness, which revealed both teachers and district leaders shared concerns over measuring student success, the support they need in the classroom, and where the priorities for funding should be. We examine some of the key research findings and what teachers worry about ESSA for their schools.

ESSA Implementation on the Front Lines
Even after all the research, planning, and vetting state education plans, there could be a different story on ESSA after being implemented at the school level. Teachers face their own set of challenges: understanding and executing on their state’s ESSA plan, turning around student performance at struggling schools, and undergoing new teaching evaluations. Many ESSA plans also pursue different measurements of student achievement, including expanding testing and assessments.

2017 ESSA Survey Highlights
In a survey conducted by Education Week, more than 600 teachers and 600 district leaders across the country participated. One thing that’s troubling is only 9 percent of participants felt they had enough say in their states’ plans – a significant barrier between the state and the districts/schools putting their plan into action. When asked to identify the support they need to implement ESSA, their biggest issues were receiving enough guidance from the state and their lack of understanding their state’s vision for implementation. District leaders identified three top priorities for student support: increased student access to STEM, tablets in the classroom, and personalized learning. Nearly half of teachers had a different idea on how their state should measure accountability – emphasizing nonacademic factors and surveys ahead of attendance and test scores. Many expressed the need to bring student social and emotional learning (SEL) and student engagement data into performance measurement.

Teachers Worry About the Impact on Students
In the end, the biggest challenge of all is how the new rules of ESSA trick down from the federal and state down to their students in the classroom. In Hamilton County, Tennessee, educators are very concerned over excessive mandated testing and access to resources. The first draft plan from their state came out earlier in January, with a focus on turning around its lowest performing schools; however, the plan adds extra scrutiny on teachers to ensure English proficiency. Over in South Los Angeles, the Russell Elementary School is a 100-percent Title I school, which means that 100 percent of their students live in poverty. With the changes coming, they worry about funding from their district for counselors and intervention teachers – necessary services that have already been limited by the district but are a necessity for their students dealing with extraordinary circumstances.

ESSA also offered other relief for teachers through professional development, an area that is in great need for the profession. Across the country, teachers have been dropping quickly. In a report by the Thomas B. Fordham Institute, the average teaching career lasts 15 years, and 17 percent of new teachers quit within the first five years. It’s clear that in whatever changes take place on the federal side in the coming months, there should be a priority on training, classroom resources, and district support for teachers. 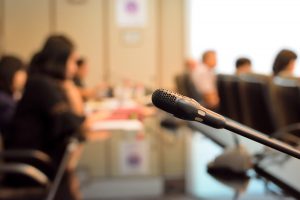 Experts Weigh in on ESSA at Education Week Summit
As the ESSA transition takes shape this year, there is...
Shares