I failed my first year of college. There, I said it. It didn’t even twinge too much to get the words out this time. For several years, however, that fact was shrouded in dark feelings of shame and guilt. I realized early on in my first freshman semester that, partly due to the idiosyncrasies of the European university system (but mainly down to my own pig-headed decision to ride roughshod over gut instinct), I was all but trapped in a four year degree course for which I had no passion that was leading me down a career path I didn’t want.

AlI I truly desired in my heart of hearts was to study English Literature. I had to swallow my over-achieving, perfectionist pride and admit that I had made a mistake. Fast-forward an academic year and I had a flunked freshman year under my belt and was starting out college, round two. This time around, however, I was armed with a humbling appreciation for my inner voice and a newfound sense of self awareness. I went on to have a deeply rewarding college experience and graduated with top honours as an English Lit major.

I’m glad I have this relatively early experience of failure in my arsenal. I have come to cherish it as one of the steepest, and ultimately most rewarding, learning curves of my life. I discovered the hard way that when the grand plan goes to pieces, which unavoidably it sometimes will, picking myself up, dusting myself off and starting again is the only way to approach life, and life is all the richer for it. All of us want to be successful; we want to be praised, admired, loved for being ourselves and for our achievements. The dark underbelly of this desire for success is a paralyzing fear of screwing up, and it’s one that pervades modern society, filling us with anxiety and stifling creativity. TED sensation Brené Brown rephrases this fear in positive terms, identifying it instead as vulnerability. Often, we view vulnerability as a weakness, but Brown encourages us to see it as a doorway into our real selves. Embracing vulnerability, and giving ourselves permission to be the imperfect human beings we are, allows us to be open to failure, but it also allows us to unleash our potential for creativity, unfettered by a fear of messing up. As Brown says, “vulnerability is the birthplace of innovation, creativity and change.”

But trying to view failure positively as a dimension of vulnerability and a catalyst to creativity can feel like a lonely struggle in a broader modern culture which holds up the successful for adulation and shuns those who flounder. For this reason I was delighted when I learned of Day for Failure, a Finnish movement that is going global to change how society views failure. By making 13th October an internationally recognized holiday, Day for Failure is inviting people to open up about their experiences of failure and how this has shaped them. Initiatives like Day for Failure are of vital importance for making us aware of how we view failure and helping us to bring healthier attitudes into our homes and schools, so that kids can grow up secure in the knowledge that their worth as people does not diminish when they try something new that doesn’t work out. Samuel Beckett’s quote captures the messiness of trying when there’s no certainty of success: “Ever tried. Ever failed. No matter. Try again. Fail again. Fail better.” Failure and success are not black and white but rather intimately connected shades of grey; as a society, we must embrace the smudges that contribute to the picture as a whole.

Will you consider celebrating Day for Failure on 13th October? Share your thoughts in the comments.

P.S. Teachers use Fishtree to plan lessons, find standard-aligned teaching resources, create assessments and see students performance, all in one place! If you’re a teacher, use Fishtree to prepare for your class and understand how well each student is learning. What’s more, it’s safe, secure, collaborative and easy! Try the next generation learning platform or contact us for a demo. 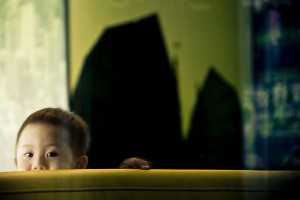 4 Important Tips for Students Online Safety
“We have learned to be citizens of the world, members...
Shares