Early in February, the Department of Education announced that 14 states and 40 K-12 school districts were transitioning to the use of open-educational resources (OER) in their schools, a new model of learning with the potential to increase equity and access in education as well as repurpose funding typically spent on textbooks. It’s expected that the OER market will triple or quadruple in the next five years, as more schools are starting to integrate open-educational resources into their classrooms.[1]

However education administrators still need to be persuaded of the value of replacing traditional textbooks with open-educational resources. Can OER deliver on its promise to improve learning and cut costs? Below, we take a brief look at some of the recent research and outcomes reported in the higher-education community.

A Global Perspective
Around the world, open-educational resources have already taken off, and several countries have been investing in OER as a way to broaden access to education. Since 2007, there are materials from more than 3,000 open access courses currently available from over 300 universities worldwide. The China Open Resources for Education (CORE) consortium, for example, enables materials from 750 courses to become available by 222 universities. In Japan, more than 400 courses were made available from 19 member universities. In the UK, the Open University has released a range of distance learning materials and over 80 learning projects have been funded to help release OER to support teaching in more than 34 subject areas.[2]

Bursting the Textbook Market Bubble
The cost of textbooks have been skyrocketing for years. For college campuses, students are forced to get creative to save money, such as borrowing or sharing, choosing used or rental textbooks, or even refusing to obtain the required reading materials for a class. Previous studies have confirmed that students who don’t complete college are 50 percent more likely than those who graduated to cite textbook costs as a major financial barrier. Open-educational resources finally offer a solution that helps colleges and their students significantly reduce or eliminate textbook costs. According to David Wiley, chief academic officer of Lumen Learning who is widely known as the “father of open education,” an institution will be able to hold onto an extra $300,000 in tuition revenue after one year as a result of OER implementation.[3]

Making an Impact on Student Learning
There’s a wealth of open-educational resources out there today, including lesson plans, learning modules, videos, games, assessments, and other tools that are free and openly licensed for educators to use, share, and personalize for students. Ultimately, OER offers value in personalizing learning that will improve student achievement. The California Open Online Library for Education, a joint project launched by the University of California system and other California-based colleges, created alternative class materials for 50 of their most attended courses. For California State Dominguez Hills, they began the transition to OER and within four years, more than a third of its 750 faculty members participate. And across the country at Tidewater Community College, a system that serves 42,440 students, they’ve introduced the first all-OER degree.[4]

Research over the years have shown that informal learners would be willing to consider a formal education in the higher-ed system, if presented with the right courses and options like online learning. The University of Cincinnati invited participants to enroll in a free respiratory therapy course, with the goal of recruiting informal learners to their institution. They enrolled 63 total students and 11 have gone on to enroll in the university’s degree program. OER also offers improvements in student attendance and overall course performance. In Lumen Learning’s “textbook zero” programs, they’ve reported a 10-percent reduction in dropped courses. When students are presented with their class materials from day one, they have a higher chance for success by the end of the course. In Virginia’s one-year OER pilot program, for example, they reported an average 30-40 percent increase in student GPA.[5]
References: 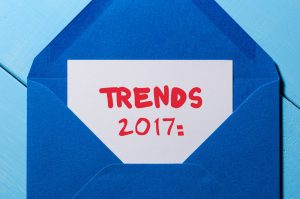