I taught English for five years at a Title 1 school. 85% of students received free and reduced lunch. 11% were English Language Learners, and the school mobility rate was 22% (Nebraska Department of Education, 2013). These statistics are well above state averages and are some of the highest in the district. This combination brings with it special types of challenges. As a teacher in an environment in which poverty, language, mobility, and educational gaps were all prevalent, it wasn’t good enough to just teach them grammar, writing processes, literary elements and reading comprehension skills.

It wasn’t good enough because as Richard Riley, former Secretary of Education, pointed out, “We are preparing students for jobs that don’t yet exist…using technologies that haven’t yet been invented…in order to solve problems that we don’t even know are problems yet” (Trilling & Fadel, 2009, 3).

Preparing learners for the 21st Century

The 21st Century has been coined the ‘Knowledge Age.’ An era of knowledge means society is connected through work, global markets, tele-linked citizens, and blended cultural traditions (Trilling & Fadel, 2009).

This means that higher order thinking and advanced technological skills are needed. Preparing learners for the 21st Century means providing opportunities in which they can cultivate and utilize 21st Century skills. Ten years ago YouTube, Facebook, Twitter, LinkedIn and various other social media avenues were nonexistent or in their infancy. As their popularity increased, there was fear surrounding information sharing and the ease in which we could connect with other individuals. It could be argued that the benefits of connecting and collaborating through these channels far outweighs the “what-ifs.” Many of our school systems currently engage students through these opportunities and allow them to apply 21st Century skills.

To continue to prepare students for the 21st Century, we need to continue to look forward and be aware of opportunities that can continue to allow our students to apply new skills, collaboration, and communication processes in ways they never have before. We need to be aware of potential obstacles and threats, but be willing to overcome the fear and foster solutions.

It is imperative that we remind ourselves that the playing field has changed. Gone are the days of simply handing out worksheets, putting on a movie, and assigning textbook work. Assignments not only need to be correlated with state standards and district curriculum, but they need to be aligned with skills that are necessary to succeed in the 21st Century.

Hopefully state standards and district curriculums account for these skills, but if not, we need to ask ourselves if skill sets are being integrated in our plans that will prepare students for a world that requires complex thinking and collaboration.  As stated in A Nation Accountable (US DOE, 2008), a follow up report to A Nation at Risk (US DOE, 1983), “If we were ‘at risk’ in 1983, we are at even greater risk now.  The rising demands of our global economy, together with demographic shifts, require that we educate more students to higher levels than ever before,” (p. 1).

Lisa Spencer (@EDLisaSpencer) will be a PK-4/9-12 principal this upcoming school year. She has taught freshmen English, journalism, human geography, economics, and adult and student ESL classes. She has a bachelor’s in rhetoric and professional communication from Iowa State and a master’s in education from College of St. Mary. She is currently pursuing a second master’s in education and has obtained her doctorate in educational leadership at Creighton University. Her dissertation is focused on how to integrate personalized learning in public schools. She hopes it will serve as a road map for schools that look to personalize the learning process in the future. Follow Lisa on Twitter or connect on LinkedIn. 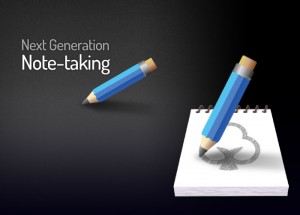 The Biggest Benefits of Effective Note-taking
Despite popular opinion, note-taking has not disappeared, it has been...
Shares