One of the most recurring fears that teachers face when it comes to using technology in the classroom is cyberbullying. Having become so prominent in recent years, it’s a constant threat to the youth of today, and a disheartening misuse of technology as we know it. While many would argue that bullying has always been, and will always be, an unavoidable plague on our society, cyberbullying poses a much more complex threat for the following reasons:

In short, cyberspace is a bully’s utopia.

How to Combat Cyberbullying

So how can we combat cyberbullying while attempting to successfully integrate technology in the classroom? Many teachers, after coming to terms with the terrifying reality of cyberbullying will quickly revert back to the safety of a ban on technology. But switching off is not the solution. Here’s what we need to do:

1. Allow technology. Prohibiting technology within schools only adds to the growing problem of cyberbullying. Rather than being dealt with, the issue is pushed further underground, sensationalizing the tormentors, and further silencing the victims. By allowing technology in the classroom, teachers can educate students on digital citizenship and responsibility. This way, the students can learn how to use technology both safely and ethically.

2. Educate. Students need to be given clear and specific definitions as to what constitutes bullying (of all kinds), as well as how to act as responsible digital citizens. Using social media in the classroom can help build a sense of community and respect online.

3. Raise awareness. Get the students to educate themselves on the effects of cyberbullying and to conduct awareness raising posters and projects in teams. The team-building aspect will promote this sense of community and you will be surprised at how interested they will find the task.

4. Display clear policies. Again, getting the students involved here can really help to instill your message. By displaying clear, colourful and direct policies around your classroom, you will ensure no student is in doubt as to how to act responsibly and respectfully, and what steps to take in the event of an attack.

5. Engage in team building. Team building allows students to interact with one another positively and build respect for one another. Try to integrate technology here by creating a group Twitter page or by using Fishtree as a means of promoting positive cyber interaction.

6. Create a class contract. A class contract can be a great way to ensure everyone is on the same page (so to speak), and it also makes them feel like they have more of a responsibility to uphold this contract as mature adults.

7. Use social media. Bring social media into the classroom wherever possible. By promoting its use rather than discouraging it, students will learn how to use it in a more positive and respectful manner. You can even use tools such as Fishtree’s social stream to raise the topic of cyberbullying for open discussion, and to indulge in a safe collaborative environment.

8. Conduct surveys. Get students involved in conducting anonymous surveys and questionnaires on the issue to find out what’s really happening behind the screen.

9. Take immediate action. If you are concerned that a student may be a victim of cyberbullying, take action immediately. Speak to the student on a one-to-one level and keep a record of everything. Cyberbullying is a serious issue and the students need to be aware that it will be taken seriously.

10. Create digital citizens. Introduce students to the concept of digital citizenship. Get them to promote safe and respectful online activity throughout the school by creating posters and projects around the subject. It’s often a quiet triumph for students even to be recognised as a digital citizen as it gives them a sense of community and responsibility.

Still not sure where to start with combating cyberbullying? Click below to download your FREE printable digital citizenship posters!

Lorna Keane is a teacher of French, English and ESL. She specializes in language teaching and has taught in second and third-level institutions in several countries. She holds a B.A in languages and cultural studies and an M.A in French literature, theory and visual culture. Subscribe to her blog or follow her on Twitter. 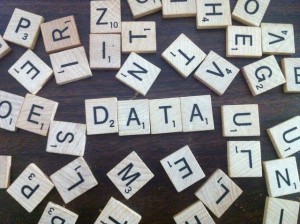 A School’s Guide to Learning Analytics
As educators, we use assessment as a means of measuring...
Shares